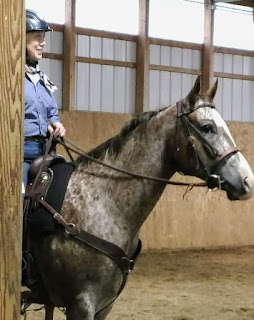 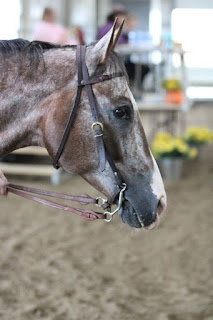 “It becomes a dark time when we lose faith in each other and thus lack courage.” Chogyam Trungpa, Buddhist teacher Most of you know that I am ever optimistic, “This too shall pass” and “Glass half full”. Through everything I have had two constants pushing me forward and keeping me optimistic and looking for that other side of the rain cloud.   One is my faith in God that all will be put right in time not of our choosing but of God’s choosing.   The second is I have an outlet for my stress and worry, my horses.   There have been a few over the years and you have read about the special ones.   Right now Louie, my “Happy Appy” is near and dear to my heart.   He is goofy and kind and makes me smile. A couple weeks ago I was at the farm in KS trimming their hooves.   Just like trimming our fingernails.   Louie LOVES to take my hair out of its ponytail.   I had a different hair tie in that he couldn’t figure out that weekend.   Horses like dogs or cats can tell when people are having a
Read more 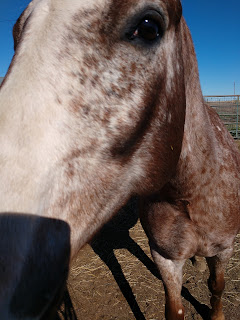 The end of November, first of December has been busy and kind of eventful!  I have been elected to be the Nebraska Dressage Association board and as such will be the incoming president.  I am also on the Region 4 USDF Nomination committee as well as being one of the Dressage Foundation's GMO's Ambassadors!  Add that in to being on the board for the Nebraska Cowboy Dressage group and work as well as my newest addiction weaving and I have a busy year in 2021!   Louie and Honey are still enjoying their long break with CoVid and hanging out at the farm getting fat and sassy.  They both have been wearing their masks and staying socially distanced as much as possible with a couple of exceptions... Louie was not as impressed with the masks as Honey was.  He is impatiently waiting for the vaccine to come out. So, for now we wait and see what 2021 will hold for us.  Hopefully it is a vaccine and more opportunities for riding and showing.
Read more 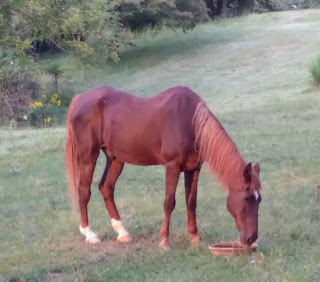 Bo, Beau, BoBo, Or Mr. BoJangles as I showed him under in our brief jumper stint years ago has passed on.  For the last 23 years he has been my Dad's riding horse and companion.  For the last 10 or so of those, he was mainly an opinionated old man horse that complained if his meals were later than her thought they should be.  But, he was loved and spoiled.  He was a retired 3 gaited saddle seat show horse that I tried and failed to make into a 3 day eventer.  I have learned so much since the days of Bo!  He taught me that to jump is to fly without wings.  Hang on, trust and he would land safely on the other side, no matter what the size or angle of the takeoff point.   Bo and Dad traversed the trails of Indiana and Tennessee and went places that most horses wouldn't go.  They were a fearless team.  One that had only to ask, where next?  Bo went up and down the trails of Central Tennessee with Dad on his back proudly.  There was no hesitation is his step, he knew where he was go
Read more